Western encounter is by far TUI’s most popular excursion in Mallorca. While on the island many like to not only soak up the sun but also discover Mallorca’s most stunning lanscapes. The western encounter tour is highly advertised by TUI as it gives tourist the opportunity to see another side of the island as while on the excursion you are taken to explore some of the island’s most charming villages found within the spectacular Tramuntana mountain range.

What does TUI do on the Western Encounter excursion?

First of all, like on all trips, they pick up the clients by coach at their hotel or a near point and then the tour begins heading towards the north end of the Tramuntana mountain range.

The first stop made is at the monastery of Lluc where they are giving a little bit of time to have a look before the coach continues its route straight to the Port of Soller, where the Western Encounter begins, famous for the numerous orange and lemon groves found there. Once there those taking part in TUI’s tour board the tram which takes them to Soller old town. A small picturesque village where eating an orange or lemon ice cream is a must. Then, to put and end to the trip everybody gets on the famous 100 year old train that has a journey which consists of crossing Soller’s Valley. When they reach the outskirts of Palma the bus awaits the clients to take them back to resort.

The Western Encounter suggested by TUI is a good way to spend a day in Mallorca as you discover a different side of the island but there are some better value alternatives to make the most of your holiday and money. We propose the excursion Island tour which as well as the tram and train includes a boat ride. Also, while in the Tramuntana mountain range area we thought a visit to Sa Calobra was must.

What do you do on the Island tour?

Once everybody in on board the excursion begins as we drive into the mountain range. We make a brief photo stop shortly before we head down to the spectacular cove Sa Calobra on one of the world’s most scenic drives as the road to the bottom goes through the rocky lanscape in a snake like shape. There you will have some time enjoy the views and from there we will be catching the boat, one of the trips highlights, to the Port of Soller. During this ride you will be able to see the majestic scenario of mountains, cliffs, caves and coves from out at sea.

In the Port of Soller we give you plenty of time to stroll around the village, take a swim and grab some lunch. From the port we will board the tram which takes you to Soller old town going through its well known numerous orange and lemon groves. Once we are in the old town you have some time to enjoy a coffee and a traditional piece of almond cake in the square or taste one of Soller’s famous lemon or orange artisan ice creams.

To finish off a fantastic day we will board the 100 year old train to cross the stunning Soller Valley as we go through mountain tunnels in the heart of the Tramuntana. Once the journey finishes our driver will be ready to take you back to your hotel. 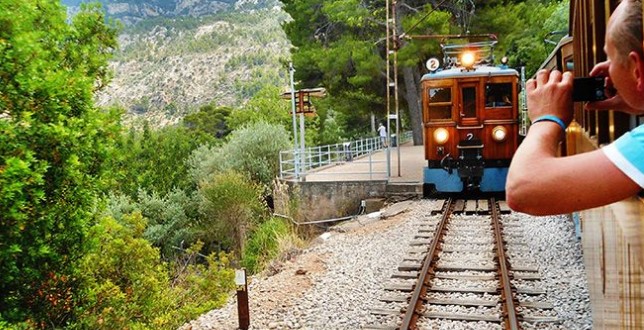 The price for the Western encounter in Mallorca versus Island tour are: 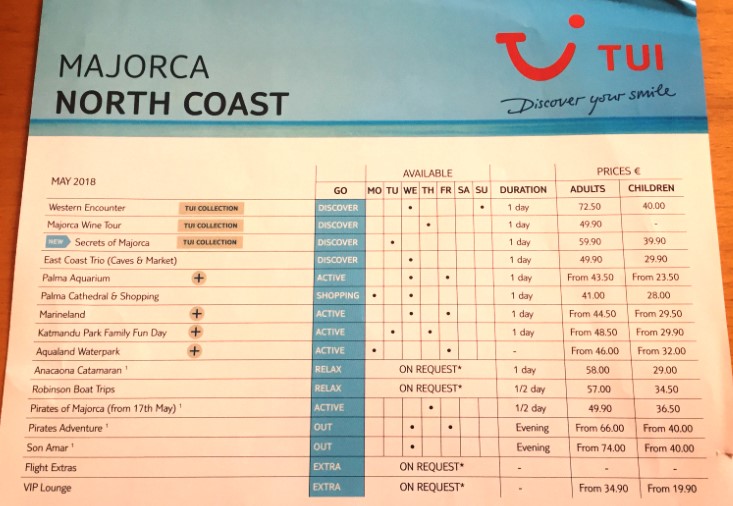 We found on youtube this video from 2016 recorded by a client who did the excursion.